The fifth in the Talking Industry series of online panel discussions focussed on developments in, and issues surrounding, robotic and advanced automation technologies. Andy Pye, who chaired the session, reports on some of the highlights of the lively session.

But our record numbers of 491 registrations for this latest event proves without doubt the growing popularity of the Talking Industry online discussion events.

One of our panellists, Professor Sam Turner, chief technology officer at the HVM Catapult, set the scene with an introduction to automation strategy.

He explained that the Catapult is one of a network of manufacturing innovation centres across the UK. There are seven centres, each specialising in a specific manufacturing technology, and supporting a variety of sectors.

These include additive manufacturing, fabrication, machining and composites. Automation is a key enabler at the heart of the Catapult programme. The mission is to accelerate and de-risk the deployment of manufacturing systems.

According to Turner, there are many reasons why the UK is well-placed to accelerate the development of automation. It has a healthy technology supply base and one of the biggest tech sectors, with more than 60 robot providers and more than 300 system integrators.

Now, driven by the global Covid-19 pandemic, and with Brexit having an impact, there’s been a real surge of interest in automation, and the technology is playing a decisive role in helping companies to return to producing the same level of output as they did in the pre-Covid era.

The UK has seen a 20–25% uplift in investment in industrial robots, but that is still only 10% of the investment being made in Germany, for example. With the UK being a long way behind the rest of the industrial pack, there is a huge opportunity to accelerate robotic investment and applications here.

Automation drives productivity and flexibility, but it is also a way to increase robustness and repeatability in manufacturing processes. In many cases, manufacturers can migrate down to batch sizes of one. Combining industrial robotics with analytics and artificial intelligence means the nation can introduce innovations more rapidly on the shop floor.

A shortage of suitable skills is sometimes seen as being a barrier but, according to Turner, it’s also an opportunity to develop the skills that will be needed for the next generation of workers, making sure they are more comfortable with digital systems and interfaces than some members of today’s workforce.

“We are trying to set up demonstrators that we think address standard industry challenges,” Turner said. “There is real value in connecting a company to a like-minded one with the same problems and challenges.”

Bernard Bagley, head of robot sales to general industry at Kuka UK, said that the company has “a kind of peer-to-peer system. We are a global business and are picking up stories from everywhere, to allow new users to see what other integrators and system partners have done.”

He pointed out that growing numbers of companies are adopting digitalisation strategies, starting out as being completely neutral in terms of supply equipment. Kuka offers an open portal for its system partners, customers and internal employees. “We are driving everyone in this completely open direction, which anyone can access.”

Damian Spall, technical sales and group marketing manager at Routeco, cited the Government’s appeal to the manufacturing sector during the initial Coronavirus spike as a recent example of clustering and sharing knowledge. “We were struggling with ventilators and the Government reached out to UK manufacturers to try and work together to provide complete medical equipment, collaborating for a common goal.

“This could be replicated,” Spall believes. “We are engaging with end-users in the UK and often uncover opportunities to recommend integrators that have got certain experience in other products or technologies.”

John Jackson, Cognex’s sales manager for Northern Europe, pointed out that machine vision technology has been around for a long time. “But there are other technologies that are newer to the market – for example, deep learning. There is a level of conservatism with certain sectors of the market and what we try to do is build anecdotal successes through user stories, where other companies have tried and tested that technology.

“Certain industries are very good at being early adopters,” Jackson continued. “In a highly regulated industry, the payoff might be greater as well. Then we can use those cases to show and give confidence to other people in that community.

“If we take a sector like food and beverage, what are the common challenges? Maybe packaging defects like seal inspection? We then show how machine vision can be used to address them.”

Cognex also works with organisations such as the HVM Catapult which are taking on complex challenges – such as surface inspection in the aerospace sector – and trying to solve them using vision technology, and developing it into a deployable and repeatable solution.

David Gibbs, SMC UK’s product specialist for drives and networks, explained how his company uses success stories. “We have solutions advertised on our Web site here we’ll talk about a certain process and how it can be solved using our products.”

For example, there are three applications using a wireless power manifold system that can be used, for instance, to remove cables from robot arms where they are prone to breakages as a result of flexing. The technology can also avoid the need for slip-rings in rotary tables. Another potential application is tool changers, where a connection needs to be made and broken repeatedly.

“We are seeing with wireless that people are even starting to use it on some brownfield sites when they’re refurbishing machines,” Gibbs reported. “Rather than having to pull cables down the whole machine again, it might save time to use wireless devices instead.

The panel then embarked on an extensive discussion focusing on the benefits of automation, rather than the barriers. The members also talked about the case for investment and a variety of automation-enabling technologies.

Professor Turner rounded off the Webinar. “The thing I reflect on most is the acceleration of technology – innovation, maybe not revolution – but accelerating nonetheless. This means that new opportunities are opening up for the application of automation that perhaps haven’t been thought about conventionally, both in terms of fixing problems, but also identifying opportunities where you are trying to take your business.

The HVM Catapult has been running pilot digitalisation and test beds, offering environments to develop and test systems quickly. These are going to be rolled out nationally later this year. “Collaboration is key,” Turner says. “And really educating people on what automation now means in terms of the business opportunities it opens up is crucial.”

Over the five Taking Industry events that we have presented so far, one notable trend is the degree to which our attendees are using the Q&A and chat functions. It is impossible to cover every point raised and every question asked within the limited time available.

We also encourage the dialogue to continue after the event, either publicly or in private. The more we can be a forum for the exchange of ideas and information, the better. Traditionally, such groups have networked at exhibitions and expert committees, so why not do the same in the virtual arena?

Eve Edwards is the machinery safety specialist at Fortress Interlocks. She is a member of ISO TC 199 Working Group 7 – Safety of Machinery – Interlocking Devices, and sits on the ANSI Z244.1 Lockout/Tagout committee in the USA. In the last 12 months Eve has presented over 80 webinars on a wide range of machinery safety topics covering, Australian, Indian, ISO, US, and European Standards, written a monthly newsletter on key safety topics and co-starred in a YouTube show “Eve and Malc’s Safety Show”. Eve has also developed and presented the B11 Licensed Machinery Safety Specialist course in the USA, the first course of its kind offering a formal qualification in the B11 standards.

Martin started his career back in 1999 after gaining his B.Eng. (Hon) and M.Sc. (Eng) working for a notified body testing equipment to the Low Voltage Directive. After a short 4 year break to gain his Ph.D. at the University of Liverpool, he has been involved in Industrial Automation since 2006 working for various manufacturers of sensors. Martin has been at SICK since January 2013 providing services, support and consultancy for industrial safety applications.

Jason Reed is an electromechanical engineer who has been involved in the machinery safety industry for over 16 years, including participation in relevant standards committees. He has experience in projects across a wide variety of industries and applications and is well versed in the current issues manufacturing companies face and need to consider in order to comply with the latest safety legislation and standards.

Andy is known to many in the engineering and automation industry in the UK, and has edited many leading design and manufacturing titles over the past four decades. Andy is a graduate materials engineer and spent five years in engineering consultancy prior to joining the technical publishing industry in 1980. Andy was a founder and shareholder in the start-up e-publishing business Pro-Talk, which launched in 1999 and was bought as a thriving business by Centaur Publishing in 2006. 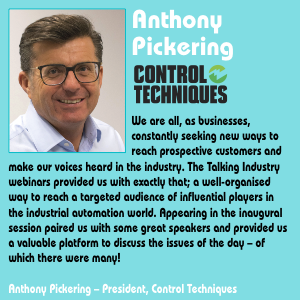 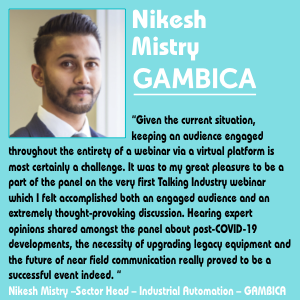 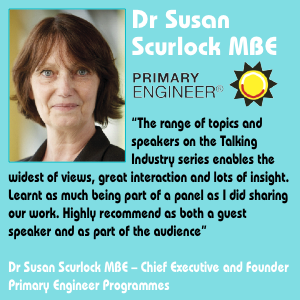 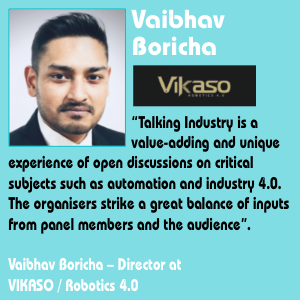 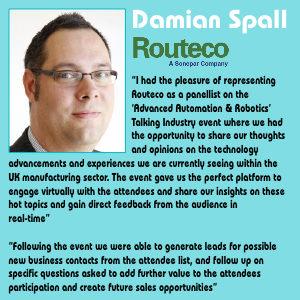